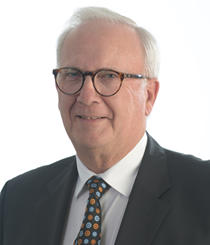 Albert was born in Fillmore Saskatchewan and articled with Touche Ross & Co. in Regina. He obtained his CA designation in 1972 and transferred to the Saskatoon office in 1976 where he became a partner in 1982 and continued to practice until 2011. Albert worked in the tax practice initially and later in audit going through the merger with Deloitte. Albert served a wide variety of clients at Deloitte including many private companies, several not for profit entities, including the City of Saskatoon, SIAST, Saskatchewan Abilities Council and Saskatchewan Teachers Federation providing tax, accounting and audit services as well as general financial and business services related to business valuations, mergers and acquisitions and divestitures and other areas that arise in today’s complex business environment.

Albert and his wife Marg live in Saskatoon. They have one son who lives with his family in Chicago.